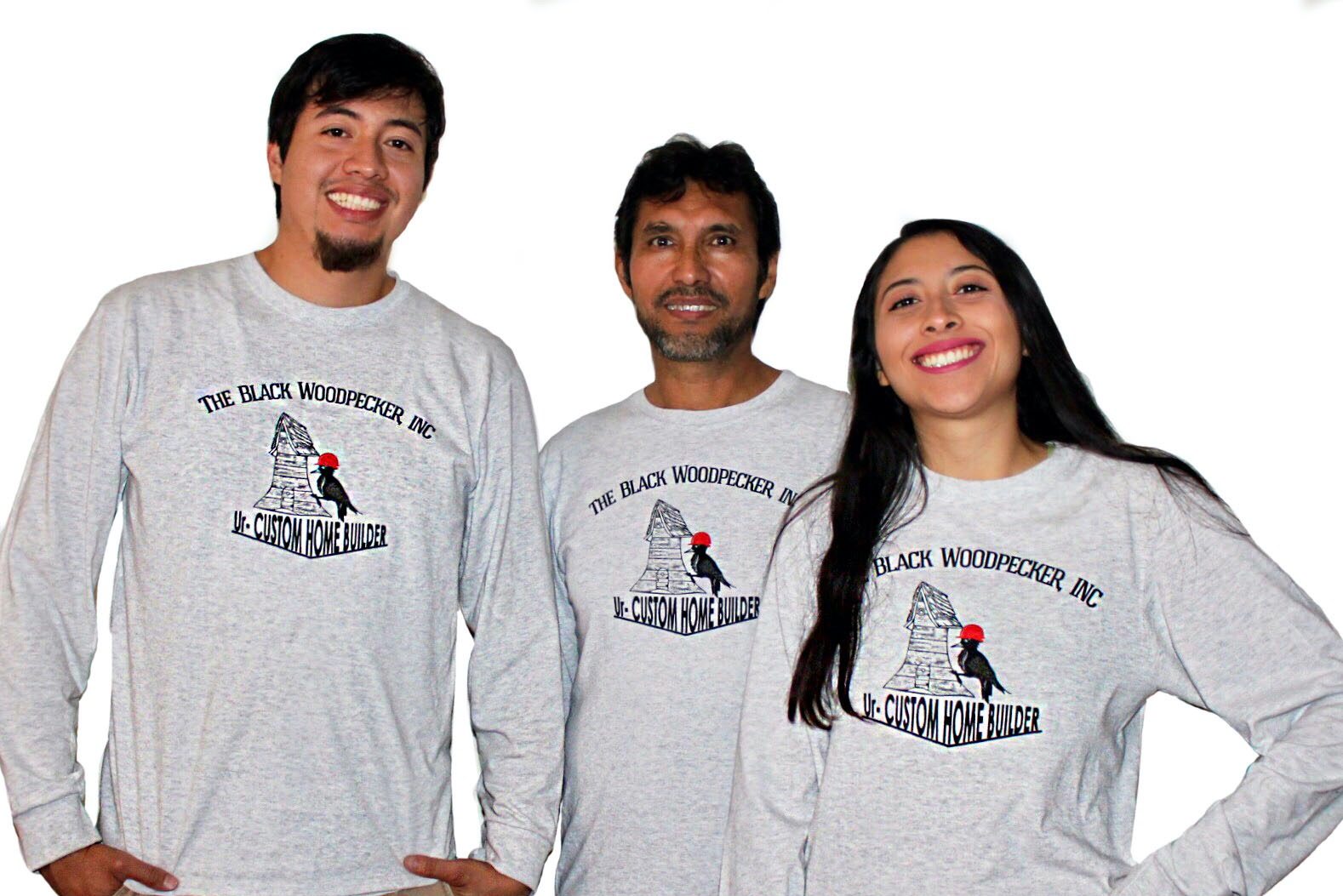 RICHLAND, Wash.–Joselyne Hernandez and her father, Jorge Hernandez, started The Black Woodpecker construction company in 2018, a goal Jorge had been working toward for nearly a decade. In the late 1990s and 2000s, Jorge had been a foreman at one of the biggest construction companies in Arizona, but when the recession hit he was out of a job and his family lost everything.

That’s when they moved to Central Washington to be near family. Jorge ended up working in agriculture for several years until construction work picked up and he got hired by a local construction company.

Her father is a craftsman who loves to build and loves to teach, Joselyne said, and restarting his own construction company was always his dream, so after about four years of working for others, he approached Joselyne about the two of them starting a business. Joselyne, who was 22 at the time, said she had her own plans to open a clothing boutique—and already had more than 20 original designs—but she was ultimately persuaded by her father’s enthusiasm and his insistence that she would be able to hold her own as a Latina woman working in construction. Together, he said, they could build something that would last.

Early on, a lot of their work was subcontract work, taking on the jobs the general contractor didn’t want to do and getting paid a fraction of what the job cost. At first, it was just Joselyne and Jorge on the job site, but in late 2018 things were going well enough that her 28-year-old brother, Alex, joined the company as a co-owner. “We didn’t want to pull him away from a good job until we knew we could make a go of it,” Joselyne said. And in 2019 they were making a go of it. It was still incredibly hard work, but there was work to do.

And then the pandemic hit, construction jobs disappeared and the family, which included mother Yolanda and sister Jacquelyne, were struggling to make ends meet. When Gov. Inslee gave the okay for construction jobs to resume in late April things started to improve, but, a few months later they hit another obstacle. Joselyne got an email from a difficult client who was threatening to report them to WA Labor & Industries.

She reached out to the City of Richland and learned about SCORE and then SCORE put her in contact with John Morosco, a certified business advisor with the Washington Small Business Development Center (SBDC). John connected Joselyne with the appropriate people at WA Labor & Industries so that the issue could be resolved without penalty and then continued to work with Joselyne on myriad issues.

One of the first things they worked on was customer contracts, so The Black Woodpecker would have some protection from clients who balked at paying after the job was done. Together, she and John worked to refine her business plan, improve cash flow management and strengthen her business policies and procedures. In January 2021, John reached out to Joselyne to share with her a few funding programs and resources, including SBA disaster relief programs and the Working Washington 4 small business resiliency grants, that could help her business grow amid the pandemic. She applied for several small grants, and, to her surprise, they were successful.

While it wasn’t a lot of money, John worked with Joselyne to prioritize their needs so the money was well spent. “John’s advice and guidance gave our business the boost it needed to start the year strong,” she said. “The tips he gave me on what I could use the funds for making a big difference.

The run-in with the difficult client back in August 2020 was stressful, Joselyne said, but connecting with the Washington SBDC was a silver lining.

“It’s definitely changed our entire business, and it turned out for the better,” she said. Rather than doing general remodeling work, they’ve decided to focus on exterior work such as siding, decks, and porches, where their profit margin is better. Now that they have identified their market niche, it’s much easier to plan a marketing strategy and Joselyne has become a stickler for doing things by the book.

“We’ve gone through a lot of bad times,” Joselyne said, but “the good thing is that we are a family and when someone is feeling down, someone else will lift you up.”

For now, The Black Woodpecker is primarily a three-person company, although sister Jacquelyne helps out in the office part-time as well. But, Joselyne said, her father has another dream of bringing in more young people and helping them get a start in construction. “He’s very uplifting and empowering,” Joselyne said, “and he has a passion for helping young people.”

Joselyne said her father intends for The Black Woodpecker to be a legacy he can pass on not just to his own children, but to inspire others as well. When they tell their story, Joselyne said, her father wants to use a photo of her and Alex. “We’ll use a picture of you two,” he tells her, “so they will know they can do it, that it’s possible.”