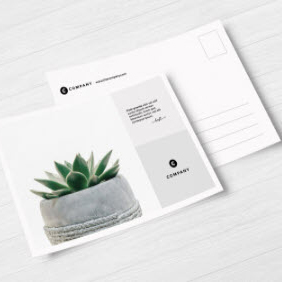 SPOKANE, Wash. – Marquez Henderson’s interest in printing began in the mid-1990s when he used desktop publishing and graphic design to help produce his school newspaper. Employed later by a Business Cards Tomorrow printing franchise in Florida, he especially enjoyed the computer technology aspects and completed a software development degree while working.

He also enjoyed managing a team of people focused on getting the job done. Beginning as a manager at age 19, he was asked after a few years to move cross-country to help run the prepress department for the BCT franchise in Spokane. Along the way, he considered working as a software engineer for other companies and even applied for those jobs. But the high-tech industry can be erratic, with surging start-ups, soaring stock benefits, and then crashing tech sectors occasioning layoffs.

And working for someone else wouldn’t make the best use of his entrepreneurial and leadership skills. As prepress manager of the Spokane BCT franchise, Henderson ran about half of the operation. In early 2020, when the owner said, “I’m done,” Henderson said, “I’m not done,” and began pursuing ownership himself – not of a franchise, but of the equipment, vendor lists and other assets in order to set up his own wholesale printing business.

As part of that effort, Henderson began working with Sarah Truglio, a business advisor in Eastern Washington with the Washington Small Business Development Centers.

The Washington SBDC is a network of more than 40 advisors in more than two dozen communities across the state working to help owners and entrepreneurs who want to start, grow or buy/sell a business. Advising is confidential and is provided at no cost to the client through a partnership between the U.S. Small Business Administration and Washington State University. Additional support is provided by funding partners including other institutions of higher education, economic development agencies and business and civic organizations.

Truglio began advising Henderson in May 2020, in preparation for him to buy the business by year’s end.

“The business had been run a certain way for more than 20 years,” Truglio said. “Marquez knew he would need to make some swift changes to technology and processes in order to be more profitable and make the business viable for years to come.”

“I wanted someone else to help me wrap my head around the idea of buying this printing business and make sure I was on the right page,” Henderson said. “Someone to help make sure the idea wasn’t crazy.”

Indeed, it was not: “Marquez has been working in the commercial printing/technology business for many years and knows it inside and out,” Truglio said. “However, he did not have full confidence that he could purchase this business – how to finance the purchase and what to expect afterward.”

Those are the details Truglio helped address. She advised Henderson as he completed a business plan and cash-flow projections that he could take to the bank to apply – successfully – for a loan. “He learned the process of business financing and will now be able to use that knowledge to leverage more funding when he expands or needs to purchase new equipment,” she said.

In his first year as owner of the newly named Q49 Solutions LLC, dba MOD Printing, sales remained mostly steady, Henderson said, but it wasn’t easy. “There were many plates in the air,” Truglio said, “moving locations, retaining employees and clients… Some went smoothly and others did not; we dissected the issues and found solutions to keep moving forward.”

“Sarah helped with details, like suggesting how I might find the best phone plan and how I might market my business, including setting up a website,” Henderson said. “She pointed me toward other people and resources for information so I could make good decisions.”

Henderson also moved his business, from the city outskirts to a smaller location in downtown Spokane, to improve processes and cut costs.

Most challenging has been the loss of the four employees who came with him from BCT: “The franchise owner was going to just close the doors, so everyone would have been out of a job; that was hard, especially at the end of the year in the holiday season,” Henderson said. “I thought it would be good if I could keep the employees with me.”

But his management style is different from that of the previous owner – “I’m less passive, more passionate,” he said – and all four employees quit during the first year. “It has not been an easy transition,” Truglio said. “When you go from peer/manager to boss, it takes time to make adjustments.”

Henderson is adjusting. “I’m very determined,” he said, “I address and get through challenges, and then I see the upside.” He has hired seven new employees, is in the process of training them and looks forward to when they are ready for more advanced training to incorporate new technology and efficiencies.

He also intends to expand beyond business cards to larger and more varied wholesale printing jobs —such as brochures, coupon books and labels — and to large-format retail clients like Fastsigns and Sir Speedy. “My plans are to venture out past my current client list by 2023 into bigger markets,” Henderson said, “and to expand marketing – how best to let customers know I’m here.

“I have always wanted to own my own business,” he said. “I am good with being my own boss, and this is my opportunity to do it. I love running my business and getting our jobs out the door — that’s exciting and fun.

Sarah’s advising has given me confidence to keep going,” he said. “She affirmed my direction and helped me find what I needed. She has helped make what could have been a difficult process go very well.