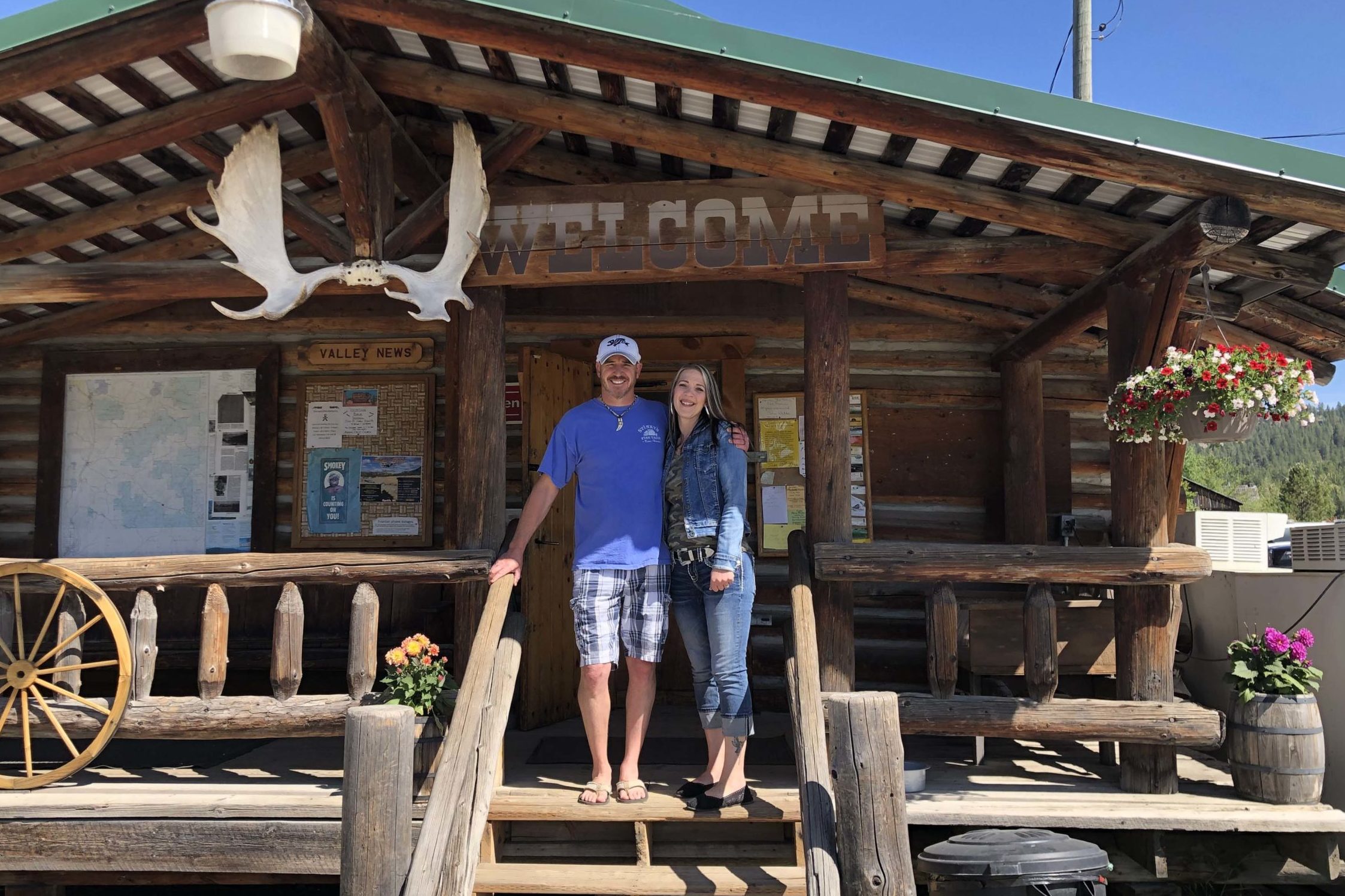 AENEAS VALLEY, Wash.— The Aeneas Valley Country Store near milepost 11 is the only business along a remote 18-mile country road just south of the Canadian border that connects Highway 20 to the north and Highway 21 to the south.

“We want to make that 18 miles feel like one block,” said Doug Isler, who with his wife, Rose Grosche-Isler, bought the store in 2018 with assistance from the Washington Small Business Development Center (SBDC).

Doug chuckles when he says he’s heard that the store was built in 1982 because locals got tired of driving 25 miles to Tonasket to buy beer.

Whatever its origins, the store sells much more than beer to the valley’s estimated 4,500 residents and seasonal tourists. Essentials include fuel, batteries, over the counter medicines and coffee, along with a greater selection of groceries than ever before.

“We probably sell five times the groceries that were available before,” Rose said. “People can actually get enough food for a real breakfast, lunch and dinner without having to leave the valley.”

Meeting the needs of their neighbors and friends has been a priority from the start, Rose said. “Doug always tells people, ‘This is your store, we just stock the shelves.”

Owing the store had never crossed their minds until Labor Day 2017 when they were both at the store and Rose got into a conversation with the owners. “They said they were planning on retiring and they wanted to know if Doug and I wanted to buy the store,” Rose said. She remembers them saying, “We think you’d be the perfect fit.”

It was such an unexpected comment that Rose just laughed. But it made sense, too. Rose had opened the Republic Market in Republic, Wash., in January 2017, and as store manager was steadily building the business. She loved her job, but it was an hour commute each way.

On the way home from the store that day she relayed the conversation to Doug. “I’m in,” he said immediately. “That’s what I was thinking, too,” she said. “Why wouldn’t we do this?”

In theory it sounded great, but Rose wondered how it would work in practice. With the tentative sale date set for April 2018, she hired Doug as an employee at the market in late 2017. “We needed to see if we could live together and work together without anyone dying,” she said, and laughed. They survived, she said, and had fun doing it.

Even with their enthusiasm, they needed to make sure the numbers worked out, so they began meeting with Lew Blakeney, a certified business advisor with the Washington SBDC in Omak. The SBDC in Omak is co-located with The Economic Alliance of Okanogan and receives funding support from The Economic Alliance as well as the U.S. Small Business Administration and Washington State University, which is the statewide administrative host of the Washington SBDC.

With Lew’s assistance, Doug put together detailed spreadsheets of past performance and future projections, including changes he and Rose wanted to implement, like adding 500 square feet of retail space for Aeneas Valley gifts and souvenirs.

“We didn’t get an SBA loan to buy the store,” Doug said, “but we treated it as if we did.” If both he and Rose were going to go all-in on the store, they wanted to have solid data on what their expenses would likely be, what their breakeven point would be, and where they should concentrate time and resources. “We didn’t want to be blindsided by any expenses that could cripple us,” he said.

“That’s all a result of the plan we created with Lew,” he said. “You have to have a plan, but more importantly, you need to stick to the plan.”

As the owners of the only general store in the valley, they also have plans for how they’ll stay open during an emergency. Although they were not living in the valley during the Okanogan Complex fires, they saw the devastation and they heard the stories. There were 400 firefighters in the valley for three weeks and the store ran out of supplies in three days.

“If another fire comes through here like that,” Doug said, “we’ve got plans to keep the store open 24/7 and bring in essential supplies like fuel, water and food.

While the Islers want to be ready in an emergency, they are building community now. For their first Thanksgiving as owners they hosted a free dinner at the store and 150 people showed up. When they held a community Easter egg hunt, 200 people came.

Summer is the busy season, when they are likely to see new faces come through the door, possibly looking for an Aeneas Valley souvenir from their growing collection of gift items proclaiming “Life is Better in the Valley.” No matter who they are, they’ll be greeted as a friend.

“We love ‘em whether it’s the first time they’ve been here, or the seventh time this morning,” Doug said.