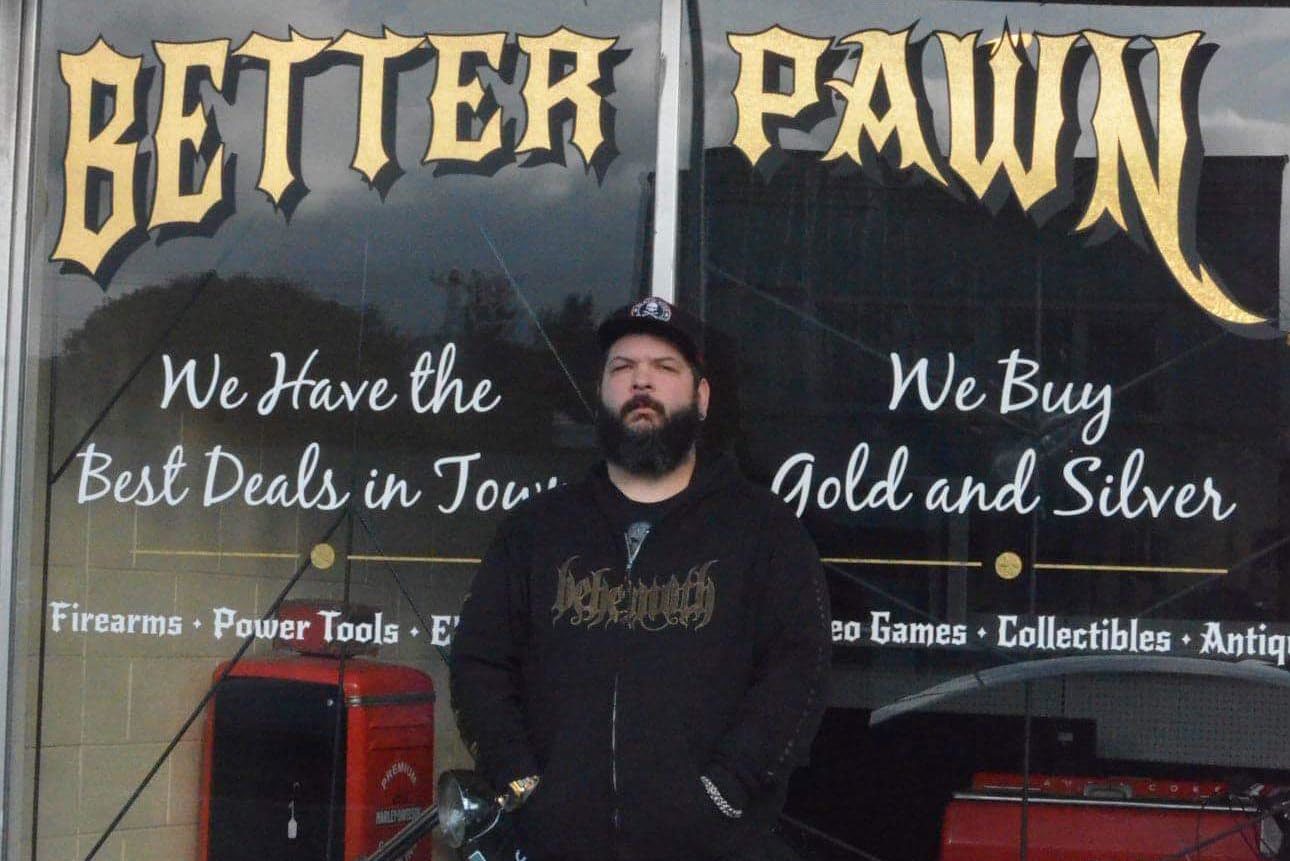 PORT ANGELES, Wash.—Customers who show up at A Better Pawn Shop looking to buy a power tool or an electric guitar might just be looking for a good deal, but those who show up with a power tool, flat screen TV or heirloom watch in hand are often desperate for quick cash and a fair deal.

“I treat people with respect,” says owner Julian Hedin said. “That’s a big thing. I’ve actually had people pull their stuff from other pawn shops and bring it to me.”

A pawn shop is where people go when “stuff” happens, Hedin said, and he knows a little about coming up with a new plan when necessary. He grew up in a logging family, with his father, grandfather and great-grandfather all working in the woods. Hedin became a welding fabricator in the local shipyard, but those jobs can be seasonal and fluctuate with the economy. During one slow period Julian took a job at a pawn shop and discovered he had rapport with customers and caught on quickly. Before long he was managing the shop.

The function of a pawn shop isn’t that complicated. People bring property to a pawn broker who agrees to loan them a certain amount of money (usually one-half to one-third the item’s resale value) and hold the property as collateral. The customer then pays 10 to 15 percent interest on that loan every month until they either have the money to repay the original loan or they stop payment. If a client stops payments, the property belongs to the pawn shop and after a three-month waiting period it can be put in the showroom for sale. In some cases a customer might want to sell the item outright, Hedin said, but loans are more typical, which is why the back storage of a pawn shop is three or four times larger than the showroom.

“The easiest thing to do in a pawn shop is to get excited about something and spend money on things you can’t sell,” Hedin said. It also didn’t take long before he realized that the real money in pawn shops isn’t from selling items, but on the interest on the loans.

“Collecting interests on loans is the bread and butter of pawn shops,” he said. That said, a loan from a pawn shop is a much better deal than a loan from a payday lender, where interest rates are typically 300 to 400 percent.

When Hedin’s boss at the pawn shop in Port Angeles started talking about retiring, he broached the idea of Hedin buying the business, and Hedin was all in. That’s when he started meeting with Kevin Hoult, an advisor with the Washington Small Business Development Center (SBDC) in Port Angeles, to talk about financing.

“I know I have the head to make this work,” Hedin said, “so how do I get started?”

The Washington SBDC is a network of nearly 30 small business advisors working in communities from Bellingham to Vancouver and Port Angeles to Pullman to help entrepreneurs start, grow or transition a business. Washington State University is the statewide host of the Washington SBDC and provides administrative support as well as funding. Other funding partners include the U.S. Small Business Administration and local institutions of higher education and economic development. The SBDC in Port Angels receives support from the Port of Port Angeles, Clallam and Jefferson counties and the cities of Port Angeles, Sequim and Port Townsend .

With Hoult’s help, Hedin found a bank willing to loan him $150,000 to buy the business, but the deal fell apart when it became clear the seller was only selling the business, not the property. The owner planned to lease the property to Hedin, but Hedin and Hoult had done the numbers and he knew it was more than he could afford. That’s when Hedin decided to find his own rental property and start from scratch.

“With a long-time pawnbroker retiring and leaving the market, it was critical to our local economy to replace that lost community asset,” Hoult said, “Pawn shops provide important financial services to the unbanked or those with few options. Pawn loans are closely regulated and offer borrowers proven protections against falling into a debt spiral.”

While the concept is straightforward, the permit and licensing requirements for a pawn shop can be cumbersome. Pawn shops are essentially lending institutions, so there are requirements related to that, and then firearms are often a big part of the business, so there are additional requirements to become a licensed gun dealer.

Fortunately, Hedin located a suitable property fairly quickly, but the building had been vacant for 10 years and was in the middle of a rundown block. As Hedin and his father, Brian Hedin, started renovating their space, nearby property owners starting improving their buildings as well. Now the entire block has been spruced up and is a community asset rather than an eyesore.

Hedin ended up financing his business with a home equity loan, which can be risky, but so far he is doing better than expected. Right now he is the only employee (though his dad helps out from time to time). Eventually he plans to hire one or two employees and he’d also like to build a strong foundation so that he can buy his own building in the next three to five years.

Over the past two years, Hedin has called or met regularly with Hoult to ask questions, get assistance and keep moving forward.

“He’s really helpful,” Julian said. “He’s fairly laid back. You can talk to him like a regular person. He explains things to you in way that makes sense and doesn’t insult you because you didn’t already know.”

He credits Hoult for helping him with various issues related to his business start, including financial projections, cash flow management and marketing.

Beyond handing out business cards, Hedin said, he wasn’t sure what to do about marketing, but Hoult has helped him come up with a strategy that includes both old and new media, from newspaper ads to Google Business and Facebook. He has also gotten involved in business-to-business networking.

As a welder, Hedin’s livelihood was dependent on others. If no one in Port Angeles needed welding done, his only option was to travel. Now, he said, the success of his business is up to him. Running his own business can be stressful, but it’s never boring.

“For a small down, it’s amazing what people bring in here,” Hedin said. “You never know what’s going to come through the door.”